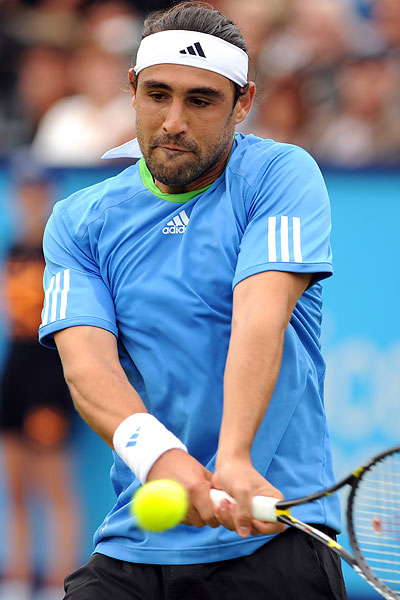 The first set was tight but the statistics show that Marcos had more opportunities, but he was unfortunately unable to capitalise on his four break points. However, he won 81% of his service points and only faced one break point against him.

The second set was played in a similar fashion, but neither man was able to even force a break point resulting in another tie-break. In this case, the consistency of Lammer’s serve proved too much for Marcos.

Nevertheless, the Cypriot rallied in the third set and raised the level of his game enough to nose ahead of Lammer. Marcos defended well by saving three break points whilst clinically taking his only chance to break serve. He bravely held serve throughout the set to win a place in the next round.

Marcos will now face either Novak Djokovic or Lukasz Kubot, who play today on Centre Court. If Marcos does face the world number one, he will hope to improve on his Head to Head Record, which currently reads 5-0 in Djokovic’s favour.